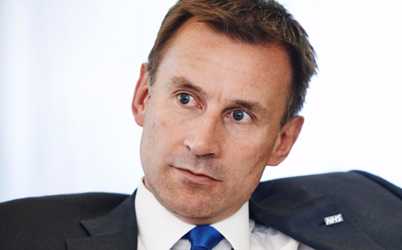 Secretary of State for Health and Social Care Jeremy Hunt could introduce a new legislation to safeguard the mental health of children and young people online, it has been revealed.

In a letter to all social media firms, Mr Hunt said that he will not ‘rule out legislation where it is needed’ after the Government publishes its response to the Internet Safety Strategy consultation in May.

Despite acknowledging the companies’ efforts to help parents control what their children can access online, Mr Hunt added that they failed to deliver ‘the safeguards we need to protect our children’s mental health’.

To address the lack of evidence in this area, Mr Hunt asked the Chief Medical Officer to collect evidence ‘on the impact of technology on children and young people’s mental health’.

‘Morally wrong and unfair to parents’

Mr Hunt said that we currently face three challenges when it comes to protecting children and young people’s mental health, which are related to age verification, screen limit and cyber-bullying.

In the letter, sent to firms including Facebook, Google, Snapchat and Instagram, he said the companies ‘seem content with a situation where thousands of users breach your own terms and conditions on the minimum user age’.

He wrote: ‘I fear that you are collectively turning a blind eye to a whole generation of children being exposed to the harmful side effects of social media prematurely; this is both morally wrong and deeply unfair on parents.’

Britain ‘the safest place to be online’

The letter was sent after Mr Hunt met representatives of social media firms six months ago to discuss about the challenges young people face online.

The Government pledged it would make Britain the safest place in the world to be online through a series of proposals listed in the Internet Safety Green Paper.

More than one in five (220) of those aged between 8 and 17 said that someone posted animage or video to bully them, a survey of 1,500 young people commissioned by UK Safer Internet Centre revealed last year.

Responding to Jeremy Hunt’s letter, public policy manager at Google UK Katie O’Donovan said: ‘Along with all parents, we understand the challenge of helping children make the most of the internet in a safe and responsible way.

‘Google shares the Government’s commitment to this, which is why we launched Family Link to help parents set digital ground rules for their children such as screen time limits.’

Karim Palant, UK public policy manager at Facebook said: ‘We welcome the Health Secretary’s continued engagement on this important issue and we share his ambition to create a safe and supportive environment for young people online.’