How to make better decisions in general practice 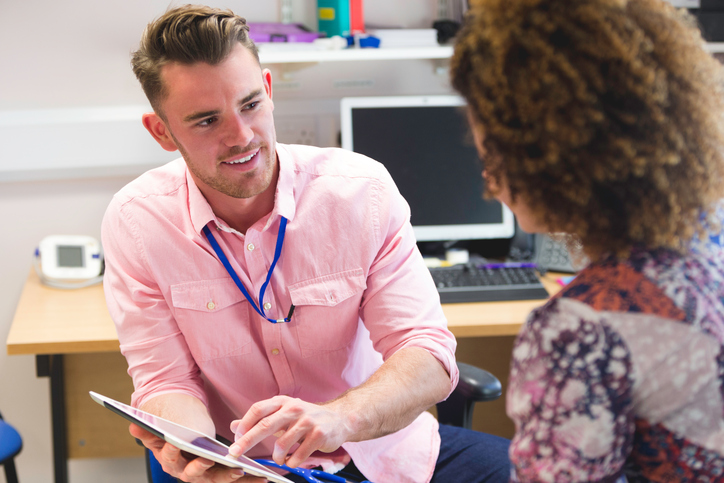 The crisis across the NHS is rarely out of the headlines. But while financial deficits make news, knowledge deficits tend to be ignored. There has never
been so much data, but how much provides real, useful information?

General practice captures more data than elsewhere in the NHS. Yet practices, as independent businesses, have remained largely isolated from other partners in the healthcare system. In turn, primary care data sets are rarely linked to national databases across the hospital sector and urgent care. There are signs, however, that this might be about to change.

A project funded by NHS England has looked at integrating data at a practice level. The health economy across Bristol, North Somerset & South Gloucester (BNSSG) gets regular media attention
for its financial problems; it is one of the 14 areas to come under NHS England’s capped expenditure process. Now it is trialling a new approach to evidence-based decision-making, underpinning its plans for transforming care.

The aim was to bring together all the available information in one place, so that each practice can see how it is doing compared with its peers on indicators it feels are important. In turn, practice-level data can be aggregated to inform the conversation at a locality level, across clinical commissioning groups (CCGs) and, crucially, to support the emerging sustainability and transformation plans (STPs).

More than 90 practices worked alongside the Primary Care Foundation, which carries out national policy reviews and offers practical support for practices, as well as the company Methods Analytics, which specialises in analysing and presenting complex information. The project was supported by the three BNSSG CCGs.

The practices already had a track record of working together in the One Care consortium. This was set up with funding from the Prime Minister’s Challenge Fund (latterly the GP Access Fund) to create an integrated IT platform. It allows them to share notes and work more effectively across practices and with partners, including hospitals.

The benefits of integrated data

Practices are increasingly overworked and underfunded. The danger is that under pressure, they tend to fall back on anecdote rather than relying on evidence. Together with One Care, we at the Primary Care Foundation described the opportunity for creating a new way to identify changes that would reduce workload and improve care; to help practices work together by exploring variations and understanding differences.

The project appealed to the wider partners within the STP. The lack of connection between data sets had left earlier draft plans short on real content about general practice, at a time when primary care is crucial to managing increasing demand across the NHS.

Barriers to working together

Working together to integrate data at all levels sounds simple. But there are barriers. In most places, practices use a range of different IT systems that find it hard to talk to each other. Although we believe this can be addressed, it was fortunate that all the practices used just one IT system, EMIS Web.

One Care had spent a lot of time making information-sharing agreements with each practice. This established the principle of bringing information together across the group. Although each request for more data requires separate permission, it made collaboration easier.

All but two practices agreed to take part in this project. One Care had developed to a point where it had shared analytical resources to support practices, and its analysts could learn from partnering with national experts, building its own skillset.

The leadership team at One Care worked alongside practices to select the best possible set of indicators. These had to allow practices to think both about their own clinical care and the impact of their decisions on the rest of the healthcare system.

• The burden of disease.

We discussed how we could connect key quality indicators that had previously been unavailable – such as the length of appointments, or continuity (measured as the percentage of appointments with the patient’s named GP) – with other information such as A&E attendance, hospital admissions or patient survey data.

Some 200 indicators were included in the tool, focusing on those elements that primary care clinicians can affect. We got a long way towards developing an effective core, but other practices would want to tweak the list to fit their local priorities.

The project ran from January to June 2017. Easy-to-digest reports were prepared for each practice, showing where they stand compared with others against agreed measures. One Care had the ability to re-run reports each quarter with refreshed data from Methods Analytics.

We developed a set of slides for each locality (groups of five to 10 practices). These were used for workshops for GPs and practice managers to explore the data and discuss how it could inform decisions about shared priorities.

These sessions looked closely at the relationship between activity and decision-making in general practice and the impact on hospital and community services. They were crucial for engaging practices in the discussion about what the data revealed and what changes might be considered. Underpinning all this was an interactive tool with the potential to be refreshed each month, held centrally
at One Care. It allows any user to explore the data in greater detail with support from analysts.

What did we find?

There was a wealth of insights for individual practices as well as some broader findings for the wider health system. In some cases, we confirmed what most people already suspected, such as a strong link between practice deprivation and both A&E attendance and emergency admissions.

In others we highlighted variations that raised questions for individual practices. Even after excluding outliers where the data was suspect, there was a two-fold variation in the consultation rates for those over 65.

Joining up data sets supported our expectations, such as patients with better continuity of care reporting a better overall experience of the practice. Finally, it helped to put to bed some common myths. Despite politicians insisting that increasing the number of GP appointments will relieve pressure on the wider NHS, there was no indication that practices with a higher consultation rate had lower A&E attendance.

A key issue that we came back to on a regular basis was data quality. It’s not an issue exclusive to general practice, but until practices routinely make use of their data to understand how they deliver care rather than simply ‘feeding the beast’ to satisfy CCG or national requirements, they will not see the consequences of poor coding or inconsistent use of the clinical system.

For one practice, the fact that their data suggested they were a massive outlier on hypertension revealed the shortcoming of their coding – and led to an easy way to gain funding they had previously failed to claim. But for many others, their data highlighted that they had given too little attention to ensuring that GPs and other clinicians code accurately. Any system is only as good as the data that goes in.

Although this exercise was originally commissioned as a one-off, we feel it is only worth the investment in time and resources if it is repeated regularly. It takes time to drive improvements in data quality, as well as build a culture of learning and enquiry for quality improvement. In the end, the goal is a fundamental change in the way people work, not a snapshot of how a practice
is performing.

Finally, while this project was designed for individual general practices, to have clear ownership and control over their own data and reports, it also has the potential to deliver benefits at other levels. Some practices were interested in how comparisons with a peer group could work within practices. This could create a benchmark of clinical outcomes across the practice team, opening up a wider discussion about the potential for reducing unnecessary variation.

Other practices were interested in the opportunity for informing wider strategic commissioning, ensuring that STP and CCG plans are much better informed by accurate and current data.

The project also created real opportunities for improvement. Too often, we tend to focus on the areas of activity that are easier to measure rather those that are most important. In the same way, this project tried to shift the focus from the quantity to the quality of consultations, highlighting that activity in itself may not always be good, but greater focus on continuity of care and longer consultations where appropriate probably will be.

It also considered how practices managed their workforce, exposing substantial variations in skill mix and the way they deploy their clinical teams to meet agreed goals. It provided the opportunity to seek out wider comparisons, not just with local peers, but with practices that are most alike – enabling those with atypical populations, such as students, to find a suitable comparator group.

One Care is continuing to work in this area. Medical director Dr Jacob Lee says:
‘As well as carrying out a refresh of this process, we are building our own business intelligence platform, looking at patient stratification and analysing telephony data. We are also engaging and supporting practices to standardise their data quality and management. We are building a culture that recognises the role information has to play in the transformation of general practice.’

Rick Stern and Henry Clay are directors of Primary Care Foundation, and Julia Sharman is the director of Methods Analytics