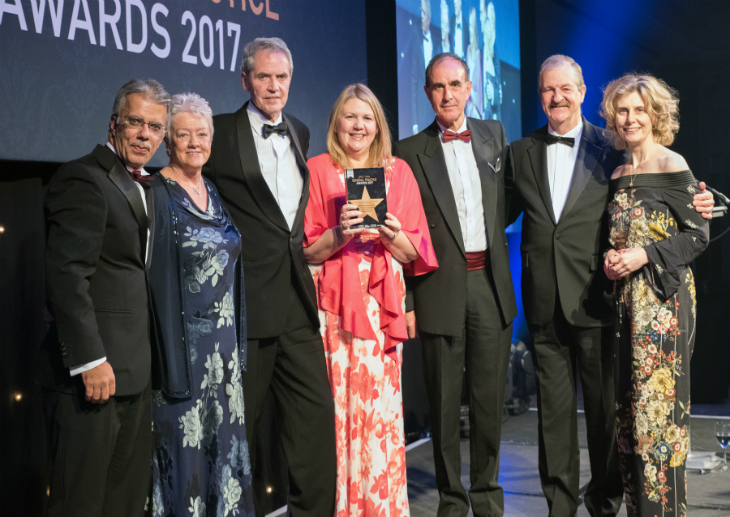 Dr Elizabeth Gill remembers patients with dementia telling her that their friends would actively cross the road to avoid talking to them. They were isolated, with no social support.

There had always been charities doing good work, says Dr Gill, chair of High Weald Lewes Havens CCG in East Sussex. But the dementia care services in her area were fragmented.

GPs often only came into contact with patients at crisis point, late in the development of the disease.

Four years and a ‘whole-system redesign’ later, everything has changed. The CCG’s Golden Ticket dementia care model, which enables patients to receive early diagnosis and ongoing support, has transformed their experience.

It was recognised at the 2017 General Practice Awards, winning the GP Forward View Innovations category for ‘using social prescribing and supporting self-care’.

The model was named ‘golden ticket’ by patients themselves because they wanted to be given ‘something positive in the midst of a devastating diagnosis’, Dr Gill says.

It’s a fully integrated model of care with a range of stakeholders, including social services, mental health, and a local charity called Know Dementia.

It is based out of GP surgeries. In each practice, there is a GP and a clinical dementia practitioner (usually a nurse) who has received bespoke training to support patients and carers.

Once a person has had memory screening and a problem has been detected, a member of the local mental health trust’s multidisciplinary team visits their home to give a diagnosis and offer a further 45-minute appointment with the dementia practitioner.

‘The dementia practitioner takes them through everything, what to expect, what services they can get, flushes out any of the issues up front,’ says Dr Gill.

‘They really build a bond and rapport with that patient and then continue to be the person and their carer’s touchpoint throughout their journey with dementia.’

‘As well as those, people have developed into their own community, they’ve got their own choir, they give each other lifts to places, and refer to themselves – certainly in my practice – as the “golden ticket family”, which is lovely,’ Dr Gill says.

After their initial diagnosis, each patient has a 45-minute review every six months. The team developed a comprehensive document, which covers ‘the medical side, the mental health side, the carer’s side, end of life care planning, DNR status, and discussions around sharing information’.

‘It’s very holistic and because they are done via the practitioner – who is more used to working with protocols – this then leaves very little for the GP to do,’ Dr Gill adds.

‘So as a GP, you very much feel part of the plan and close to the patients, but you haven’t done all the behind the scenes work, like making those 16 phone calls to social services or whatever – that’s the kind of thing that breaks GPs in the end.

‘In this pathway, we do what we’re supposed to do – deliver the medical care. That’s why it’s so gratifying really, because the patients are happy and so are the GPs.’

As well as the bi-annual reviews, there are ‘blip’ clinics in each practice, run by the clinical practitioner and supported by a mental health nurse.

A blip can be anything from incontinence pads no longer working to a person’s carer going into hospital, Dr Gill says – people can just ring up and book in for a 30 minute appointment.

‘Any issues are picked up by the blip clinics and since we’ve been doing the pilot – 18 months now – I cannot remember seeing a dementia patient in crisis,’ she says.

‘If people feel like something is going off then they just phone up the dementia practitioner, come into the clinic and it will get actively managed there.’

There’s also a hotline into the mental health trust every day so immediate advice is on hand should the situation be ‘escalating out of control’, Dr Gill adds.

Hope for the future

The model is now being rolled out in 10 practices across Sussex, with a view to it being embedded in 20 in total by the end of next year.

The CCG is also looking at whether the model can also be used to improve services for people with other long-term conditions, such as depression and borderline personality disorder.

Dr Gill says it has been really hard work at times, with a lot of ‘knocking on doors to get people signed up to it’. But the patient feedback has been overwhelming; people say it’s changed their lives and they no longer feel alone.

‘A lady said to me the other day: “I used to sit at home crying because of my dementia, I had nothing to look forward to, and now I’ve got you lot, I come into the practice and I can find you all and you’ve given me hope”,’ says Dr Gill.

‘That’s what it’s about really – it’s very informal, it’s not about going to hospital or a clinic and not seeing the same person again. There’s real continuity of care from the dementia practitioner and that is the real linchpin.’

When was the project set up?
The pilot began in October 2016 at Buxted Medical Centre in East Sussex, where Dr Elizabeth Gill is a partner. The model has been rolled out to 10 more practices, with a view to it operating in 20 by the end of 2019.

Which group of patients does the project support?
People with dementia or mild cognitive impairment and their carers.

How is it funded?
The project is a locally commissioned service. It also received some funding through the Better Care Fund, a pooled budget for facilitating integration between health and social care.

What has the project achieved?
The model has reduced emergency admissions by 33% for this patient group and there has been a 20% reduction in the number of GP appointments.

‘It’s also fulfilling the GP Forward View of trying to use other practitioners, so the GP is part of the pathway, but only where they add value,’ Dr Gill says.

How did it feel to win the General Practice Award?
‘Fantastic – you get the feedback from the patients, which is the best thing, but for it to have gone against competition and be evaluated by such amazing, knowledgeable judges – it was just the best accolade.

It was a real boost to have that acknowledgement for the hard work of everybody involved,’ Dr Gill says.

This year’s General Practice Awards are now open! As well as the Practice Manager of the Year Award category we have two new NHS England sponsored categories available:

The Collaboration with Patients and Other Providers Award
This award seeks to recognise a practice/group of practices who have developed new collaborative ways of working with patients and other organisations, to improve care or introduce new services.

The Managing Workload and Improving Access Award
This category looks to recognise the work of a practice/group of practices who have released staff time or improved access for patients through using the 10 High Impact Actions to release time for care.
If you are interested in entering, visit our website for more information.