How our CCG reduced undiagnosed diabetes cases by more than 60% 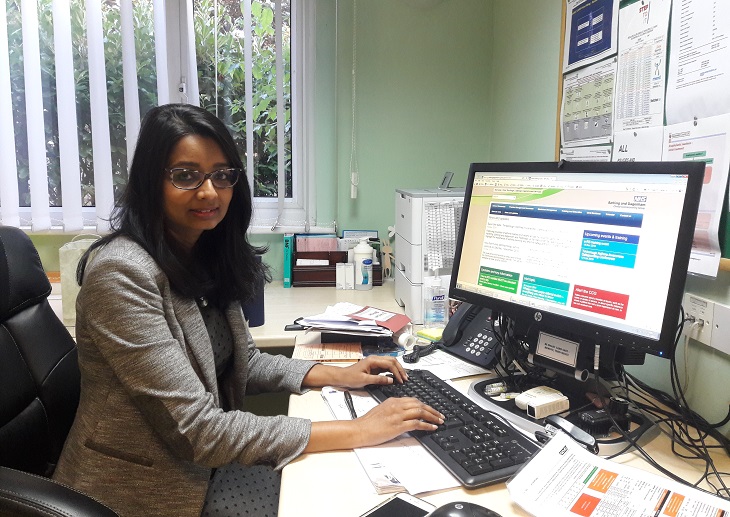 NHS Barking and Dagenham CCG has worked with the 37 practices in its borough to the improve diagnosis rate for people with type 2 diabetes.

The London Borough of Barking and Dagenham is one of the most deprived in London.

When we looked at our diabetes testing rates, we could see that we were doing poorly in comparison to other boroughs.

Within the CCG there was variation between practices, with some doing much better than others.

We had to come up with a plan that would not only help the CCG but also reduce variability between practices while improving patient outcomes.

We asked ourselves whether deprivation causes poor overall outcomes for our patients, or if there are other factors that could be addressed and if the effect of deprivation could potentially be reduced.

A few years ago, I looked at areas with similar levels of deprivation to ours that were performing better.

I realised that if people work together with a set of data and that data is fed back into practices, the practices are likely to experience less variation and the poorly performing ones are likely to improve.

We set up a central data sharing system that fed data back to our practices and that proved to be beneficial.

Through an [innovation] fund, we recruited a third party company that gathered data from all practices in the area. It fed that data back to the CCG for us to recognise the problems in each practice and provide supervised support.

We helped practices come together in network meetings, in which we showed them data and updated them on how far they were from meeting their targets, and we helped motivate them to do better.

Part of the programme focused on identifying pre-diabetes patients – patients who are not yet diabetic but have a high risk of developing the condition. That can be found out through a simple blood test.

As we started focusing on this, more and more patients were screened and a number of them already had diabetes but we hadn’t recognised this at an earlier stage.

The latter, who could be a receptionist or a healthcare assistant, would identify patients who had not had blood checks, allowing for more patients to be called in more regularly than before.

The practice managers would usually liaise with the third party company and would then distribute the workflow coming out of that communication.

Initially people were apprehensive and felt the scheme would increase their workload.

However, as soon as we started seeing the results, which we presented to the practices, everybody was very happy with their own progress.

Now there are hardly any questions from the practices; they are just doing the work.

Initially, practices were also unsure about allowing a third party to access their data and discuss that with them. There were lots of information governance issues that were raised by our practices.

We specified that the data was collected on an anonymous basis and that only the practices themselves could decode that to patients’ identifiable data.

We have now extended the project to include atrial fibrillation. We found that regular data, fed back to the practices, which is up-to-date and easy to interpret, is a good way of reducing inter-practice variability. [Comparing their data with that of another practice] prompts them to think differently and change their practice.

We were especially low in checking patients’ urine, and identifying early stages of diabetes related to kidney changes.

Checking urine and identifying early kidney disease is important because it helps to identify patients who are likely to have early heart disease.

All these conversations and education have gone into GP practices. For some of these long term conditions, we will hopefully start to appreciate the full effect of our actions in two to three years’ time, when we should start to see a reduction in kidney disease and in heart problems related to diabetes.

People with diabetes are likely to have other long-term conditions as well.

Starting from the next financial year, our intention is to have a scheme in place that covers all long term conditions, not just diabetes.