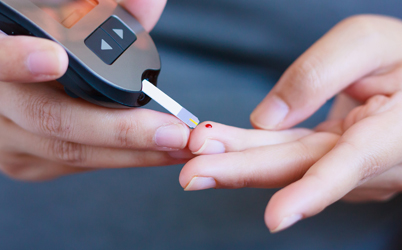 The North West London Collaboration of Clinical Commissioning Groups (CCGs) is working on transforming the treatment and care of diabetes and increasing awareness in order to help prevent more people developing the condition, as part of the North West London health and care partnership.

It as increased the number of people diagnosed with non-diabetic hyperglycaemia (NDH) from 2,000 to 60,000 among other achievements.

Diabetes accounts for a significant proportion of our local population’s health and social care costs.

There are 142,000 people living with Type 1 and Type 2 diabetes in North West (NW) London, which represent £598m of the NHS budget being spent on the condition in this area.

In addition to this, around 190,000 people are living with NDH, also known as pre-diabetes, which means these people’s blood sugar levels are higher than normal and they’re at high risk of developing Type 2 diabetes.

One of the most life-threatening diabetes-related complications is foot ulcers, which costs the NHS more than the top three cancers combined.

Reducing complications could free up between £10 and 20m over the next five years that could be reinvested in other NHS services in NW London.

We’ve also found that there is a variation in NW London’s provision of diabetes services and patient’s outcomes for three diabetes treatment targets, including HbA1c, which is a test that measures patient’s average blood glucose levels, blood pressure and cholesterol.

We want to ensure that patients have enough support to improve their condition and prevent any complications developing.

We‘re transforming diabetes care by working more closely with patients to develop care plans and goals and put them in control of their health.

The number of people diagnosed with diabetes is increasing year on year. Traditionally, NHS care has been reactive instead of pro-active, focussing on medication.

For many people with Type 2 diabetes and NDH, the key challenge is the need to adopt a healthier lifestyle, such as reducing weight, getting more active and eating less refined sugar and starch.

These changes are extremely challenging and require a different set of skills and roles from the traditional medical model of care.

With new medicines, research and technology being introduced all the time, we need to ensure our clinicians are well trained to offer the support needed.

IT systems have also been part of our challenge. In NW London, the IT systems haven’t always been joined up so it can be difficult for clinicians to get a complete picture on an individual’s health.

As a result, this reduces the risk of complications significantly. Complications include heart disease, stroke, eye damage and amputations, which are the main reasons why diabetes patients make up 41% of people admitted to hospital.

We managed to drive forward some quality improvement work, with an initial focus on primary care. So far in NW London we have:

We’ll continue to transform diabetes care and address all our current challenges by:

Dr Tony Willis, clinical director for diabetes, North West London Collaboration of CCGs, said: ‘Diabetes is a massive problem for individuals and the health system as a whole.

‘We’re aiming to create an NHS system that supports all patients with diabetes or at high risk of Type 2 diabetes to get the best experience and care outcomes.’