Government to ‘take action’ after finding 10% of medicines ‘overprescribed’ 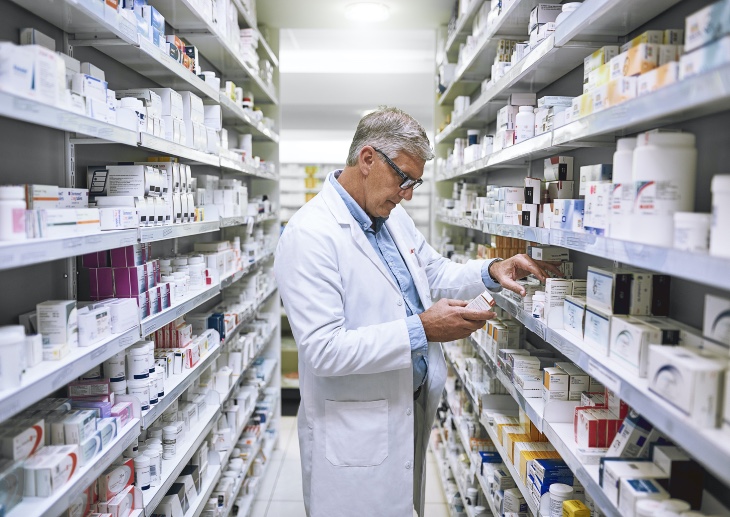 Ministers have pledged to ‘take action’ on overprescribing after an official review concluded that 10% of medicines dispensed in primary care in England were not needed.

The Department of Health and Social Care (DHSC) said this would include GP practice training and moves to alternative treatment options including social prescribing.

It will also mean ‘ensuring GPs have the data and medical records they need’ and ‘are empowered to challenge and change prescribing made in hospitals‘, it added.

This comes as a Government-commissioned report, published today, said that 15% of people are now taking five or more medicines a day, with one in five hospital admissions among over-65s caused by adverse effects of medicines.

Ministers have ‘accepted all recommendations’ from the review, which was led by Chief Pharmaceutical Officer for England Dr Keith Ridge.

Key recommendations in the report include:

It also said that NICE and professional bodies should include ‘recommendations for reviewing and discontinuing medicines where appropriate’ in their guidelines and that the MHRA should use ‘post-marketing surveillance’ to ‘support deprescribing’.

The changes will be overseen by a new National Clinical Director for Prescribing, who will lead a three-year programme including research and training to help enable effective prescribing.

The report also recommends ‘deprescribing’ based on improved evidence base for ‘safely withdrawing inappropriate medication, with clinical guidance to be updated to ‘support more patient-centred care’.

Plans also include publishing ‘clear information’ on the NHS website for patients ‘about their medication’ and setting up ‘a platform for patients to be able to provide information about the effectiveness and the adverse effects of their medicines‘.

The DHSC also intends to develop ‘interventions’ to ‘reduce waste’, as part of the NHS’s net zero carbon emissions.

And it intends to commission more research investigating the reasons why overprescribing is ‘more likely to affect older people, people from ethnic minority communities and people with disabilities’.

Health minister Syed Kamall said: ‘This vital review is a significant step forward which will benefit patients across the country, and we will help ensure busy primary care teams are supported with improved systems and resources.

‘Whether it’s helping to change a culture of demand for medicines that are not needed, providing better alternatives and preventing ill-health in the first place, we will take a range of steps to act on this review.’

RCGP chair Professor Martin Marshall said he welcomed some of the report’s recommendations, in particular the ‘commitment to provide further resources and training to support appropriate prescribing in primary care and the development of clinical guidelines to support patient-centred care’.

He added: ‘With our growing and ageing population, with more patients living with multiple, chronic conditions, many people are taking several medications in order to manage their various health illnesses, and the interaction between various medicines is something prescribers will take into account.

‘In most cases, these medicines are necessary, appropriate and of benefit for the patient – but the aspiration to reduce the number of medications a patient is taking, where safe and possible, is a good one.’

GPs and practice teams need ‘better access’ to ‘alternative, non-pharmacological treatments, which can be patchy across the country’, he said.

Professor Azeem Majeed, professor of primary care at Imperial College London and a GP in Clapham, told Pulse it is ‘essential to reduce inappropriate polypharmacy in primary care’.

He said: ‘This requires support from NHS England, such as the provision of pharmacists to carry out regular medication reviews of patients.’