Gender equality: ‘Ensuring we get balance at board level is challenging’ 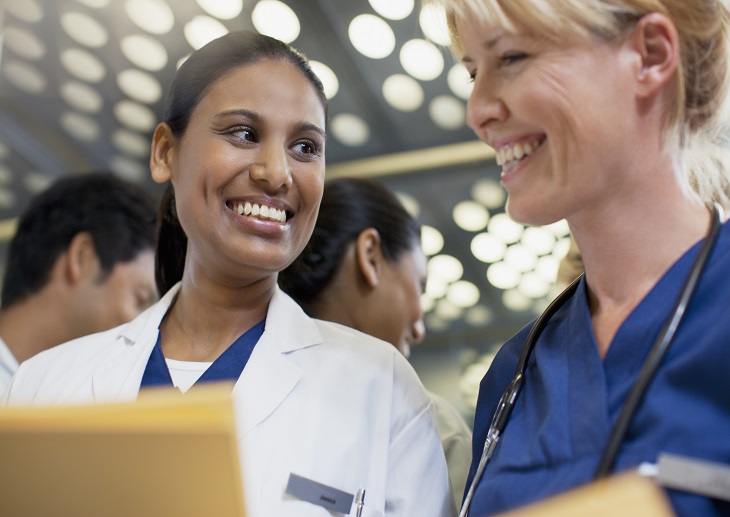 It is well known that women at the top face greater challenges than their male counterparts, whether that’s in relation to salaries, job opportunities or equal treatment.

Léa Legraien asks three women healthcare leaders what they think the biggest gender challenges are within the NHS.

Although women make up 77% of the NHS workforce, only 47% of very senior manager are women, according to NHS Digital data.

A recent report put together by Professor Ruth Sealy from the University of Exeter Business School, NHS Employers and NHS improvement showed that 42.6% chief executive in trusts are women and 39.5% in CCGs Meanwhile, only 24.6% of medical directors in trusts are female.

The NHS is on a mission to achieve gender parity, with a target of having 50% of women on its boards by 2020, which means, an extra 500 women board members will be needed in the next two years, the report points out.

When it comes to leadership roles, Coventry and Warwickshire Partnership NHS Trust head of equality, diversity and inclusion Rano Bains argues that one of the main issues is the lack of parity between women and men.

‘When women leaders assert themselves to manage, they can be met with resistance, not taken seriously or seen as aggressive’, she says.

‘If men displayed the same behaviour, they would be commended’.

University College London Hospitals NHS Foundation Trust Women in Leadership Network co-chair Lisa Anderton adds that it is challenging to ensure diversity at board level, especially in areas that have traditionally been dominated by men.

She says: ‘There are still predominantly male boards across the NHS but below that, we’re working in a female-centred organisation.

‘There are pockets of male [domination] both at board level and in particular industries within the NHS. Ensuring we get balance at board level is challenging.’

She says: ‘There is still a command and control culture sitting at the heart of the NHS and this [frequently] cuts against women leaders who are often more emotionally intelligent and want to work in a more empowering and supportive way.

‘Even though 77% of the workforce in the NHS is female there is still under representation at board level.

Women from BME backgrounds are, Ms Archard adds, even ‘more disadvantaged’ than their white female counterparts.

Overall, staff from BME background makes up 18% of the NHS workforce, of which only 7% (mean and women) hold very senior positions, according to official figures.

Ms Archard comments: ‘If you are a BME woman you will be even more greatly disadvantaged, as you are likely to progress more slowly than white colleagues, [even if] you are more highly qualified.’

All three women agree there is a lack of flexibility in staff policies. Ms Anderton says one of the biggest challenges is how well women are supported with regards to maternity leave.

Speaking on behalf of the Women in Leadership Network, she says: ‘We’re not able to do some of the things flexibly that other industries [can].

‘It’s quite challenging to do that [with] a clinical workforce. Working in a hospital makes it more difficult to apply flexible working policies that are genuinely fair for everybody because you have to provide ongoing 24-hour care.’

Echoing Ms Anderton’s comment, Ms Archard says: ‘Whilst we have some of the best flexible working policies, employers are still not utilising them well enough.

‘As women still bear most of the responsibility for [childcare] arrangements, they are disadvantaged in terms of the impact this has on their career progression and getting their work life balance right.

Although women leaders face many challenges, some opportunities have started to emerge, as Professor Anderton highlights.

She says: ‘The world is changing, [with] a greater pull towards compassionate leadership and the need for [gender] balance at board level. [These aspects] are beginning to be seen as more important.

‘There are greater opportunities for women to be [seated] at the table, having a conversation on equal terms about what’s important and recognising the strength women bring.

‘There are some fantastic women leaders, [for example] within the nursing and medical professions, we should be looking at these to see how they are [leading] well.’