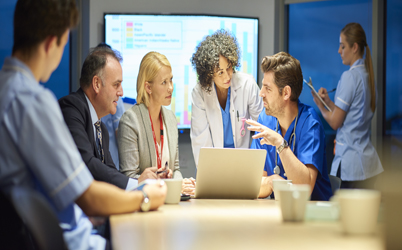 Gloucestershire, Suffolk and North East Essex, West, North and East Cumbria, and West Yorkshire and Harrogate STPs have been chosen to join the ICS programme it was announced in the first-ever joint NHSE and NHSI board meeting yesterday.

Board meeting papers revealed that the four STPs were picked because they ‘demonstrate strong leadership teams, capable of acting collectively and with an appetite for taking responsibility for their own performance’.

The NHSE and NHSI will also be collaborating closely with other STPs interested in becoming an ICS in 2019/20, a development for which the two bodies said there is a ‘strong appetite’.

The long-term plan, the NHSE and NHSI stated, is ‘to help all STPs become integrated care systems’.

Announced in December 2015 and created to help improve health and care, the 44 STPs are currently in the process of being transformed into ICSs – described by NHS England as an ‘even closer collaboration’.

‘Over the first year we have seen real progress, with NHS organisations working collaboratively together, with local government and other partners, to lay the foundations for integrated care.

‘In the year ahead, NHS England and NHS Improvement will continue to support the development and spread of integrate care systems’.

For more on ICSs and their role in the NHS, click here