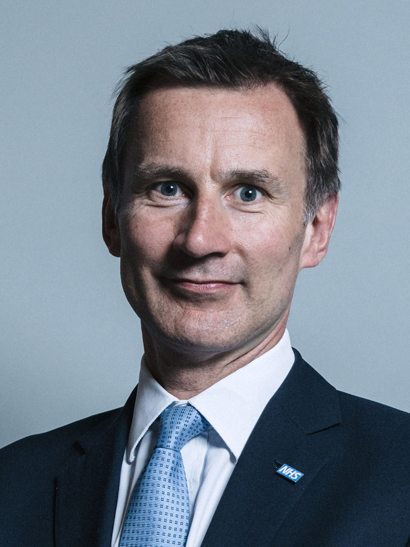 But when the Committee asked Mr Hunt if it was realistic for the NHS to cope, after the drastic reductions expected to be seen over the next years, the only answer he gave was ‘It is tough. The pressures on the NHS are real’.

Well, it doesn’t take a genius to be aware of the ‘real pressures’, not to mention the funding cuts, the lack of workforce or the A&E waiting times.

Mr Hunt said that he is in ‘the middle of discussions with the chancellor and therefore not able to set out the requirements’ needed to save the NHS.

As Mr Hunt outlined, ‘one of the biggest issues in the NHS is the lack of long term planning around the workforce need’.

He said: ‘If we want to improve the NHS, it isn’t just a question of funding, we also need the capacity of the system to deliver.’

There is currently a 5.9% national shortfall in the workforce, with 11.6% in the South West where it’s more deprived.

The two factors that have contributed to this shortfall are an ageing population and a quality of care below the acceptable standards.

‘Our expectations on safety and quality have increased dramatically.  The NHS recognises it needs not only more staff but people who are qualified to fill positions,’ said Mr Hunt.

So, to sum up we need a better-qualified workforce to enhance NHS performances.

But if the NHS doesn’t have the funding to recruit more staff, how do we encourage them to work for free then?

The Chancellor told Mr Hunt that he would ‘consider extra funding if Mr Hunt could secure workforce productivity improvements’.

The Chancellor reassured that he is ‘not expecting the workforce to work harder’.

So what are these efficiencies, asked the Committee.

Mr Hunt said: ‘The NHS is the most efficient healthcare service in the world. On a £116bn budget, there are always efficiencies we can find.’

4. Where did the mental health workforce and funding go?

Since 2010, there has been an increase of 4,300 people working in mental health trusts.

But the Committee contradicted this figure, saying that there are 5,168 fewer mental health nurses.

It also highlighted the fact that 50% of children and adults aren’t treated on time, ending up at A&E in a mental health crisis.

Hunt said that ‘there’s an increase in the mental health budget’, which has gone up by £1.4bn in the last three years.

But if the budget is increasing, why have 57 CCGs underspent their budget for 2016/17, despite an overall NHS England spending increase?

The Committee said that the situation is the same in many areas, such as Liverpool Clinical Commissioning Group (CCG), which has cut its mental health service for young people by 43%, representing nearly £750,000.

5. STPs are on the right path

If we are still in the early days to assess the full impacts of Sustainability Transformation Partnerships (STPs), the model, however, seems to work.

‘There is clear evidence that the concept behind STP is working, with a 1.5% growth in emergency admission in vanguard areas,’ said Mr Hunt.

He mentioned said that ‘the key issue for a successful STP is to have good leadership in place’, mentioning the excellent job of Jon Rouse, chief officer of Greater Manchester STP, during the Manchester’s arena bombing.

But there are still lots of pressures on their sustainability. To tackle the 3-4% annual growth in emergency care, Mr Hunt suggested we ‘move to a population-based health and STP model and better collaboration between health organisations.