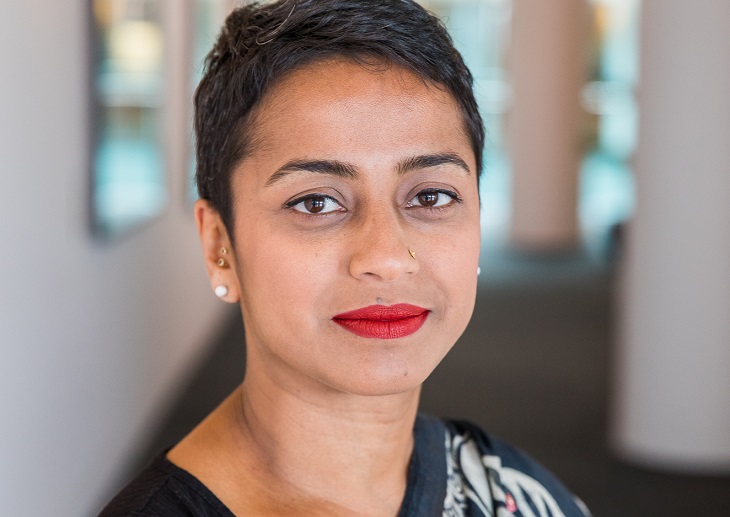 At the age of 42, Poppy Jaman has lived through a lot and had to work hard to get to where she is today. However, despite setbacks along the way she has raised two daughters, become a leading UK mental health ambassador and was this year awarded an OBE for services to mental health.

There is no doubt that Ms Jaman is a very busy woman. She is a non-executive director of the Public Health England board, an ambassador for Mental Health First Aid England (MHFA), and chief executive of the City Mental Health Alliance (CMHA).

The CMHA is a coalition of City businesses where members work together to eradicate the stigma of mental health in the workplace, improve mental health literacy and identify practical steps that businesses can take to create healthy workplaces where employees flourish.

Ms Jaman does this by engaging with senior business leaders in the City of London to create workplaces where mental health issues are no longer stigmatised but are treated the same as physical health issues.

‘I want to create healthy workplaces because I feel that work can be part of the solution to mental health issues,’ she says.

‘For a few hours each day, I had a very clear purpose’

Ms Jaman, who is third-generation British Bangladeshi, was raised in Portsmouth, left school at 16, had an arranged marriage at 17 and her first child at 20. She was diagnosed with postnatal depression after her first child was born but says she had most likely been dealing with mental health issues for years before that.

‘I was probably experiencing mental ill health from the age of 14 or 16,’ she says.

At that time, Ms Jaman says there was very little informationl available on mental health.

‘I was trying to find literature that I could share with my family to help them understand depression and postnatal depression, but there was nothing – nothing in simple English and certainly nothing in other languages.’

Ms Jaman tried to work through her mental health issues with therapy sessions, some of which were on the NHS, as well as medication and lifestyle changes. But she believes that, ultimately, she needed a goal to help get her through each day.

‘I needed a purpose, I needed a routine and I needed to not be poor. So I got a job.’

Her first job was at Citizens Advice Bureau, where she helped people with a range of issues.

‘It gave me a sense of worth. People did not know I had a mental health issue and was crying myself to sleep most nights. For a few hours each day, I had a purpose; something I went to and did,’ she says.

While Ms Jaman acknowledges that this was successful for her, she understands that everyone has different routes to overcoming their challenges.

‘Everyone has a unique approach to life and we must find what works for us as individuals to aid our recovery. We have to pause and recognise what makes us feel good and what causes us stress and

distress. Only then can we make a strategy to prevent poor mental health and find ways to enhance our wellbeing.’

Ms Jaman joined what was then the Department of Health (DH). In 2007, the DH asked her and a few others to look into implementing mental health training across England, a mission that turned into the creation of MHFA England.

In 2009, she consequently became one of the founding members and chief executive of MHFA England, an independent community interest company that educates people on how to identify and support those in their community with mental health problems.

MHFA’s goal is to train one in 10 people in England in MHFA skills, such as how to recognise and assist someone who has a mental health problem.

‘My heart is in creating great practice in mental health and sharing it with everybody, in particular in places where resources are stretched,’ she says.

She left MHFA in May 2018 but is still an ambassador for the organisation.

Ms Jaman says: ‘We need to be building up more capacity across services so that there are more people available that specialise in eating disorders, treating self-harm and helping young people directly. We need community-based programmes supported by the DH and the NHS.’

She believes leadership is about having a strong moral compass, authenticity, drive, vision and business acumen.

One encounter she’s had with great leadership is a former manager at the DH, who helped her by asking where she felt her career was going. Ms Jaman responded that she felt very privileged to be in the role she was in at the DH, especially as she only had GCSEs.

‘I felt like an imposter. At every meeting I went to everybody asked what my qualifications were and I responded: “I’m just a community development worker and everybody else here has a PhD”.’

Her manager believed her qualifications did not reflect her impressive skill set and encouraged her to take a degree. As a result, Ms Jaman signed up for an MBA, funded by the DH, and graduated in 2008.

‘That was an incredible gesture,’ she says. ‘The manager not only recognised my potential, he developed me for life – not just for the job I was in,’ she says.

But the MBA wasn’t plain sailing. ‘I was going through a marriage breakdown. I was also made redundant from my role at the DH, plus I was raising two young children. It was a tough time in my life, but I did it.

Ms Jaman says that BME, disabled and LGBT+ women have to work harder than their white counterparts to climb the career ladder. ‘You’ve got the odds stacked against you,’ she says.

But she believes the people that she’s worked with have helped her break down barriers. She also feels that leadership and coaching programmes can be beneficial for everyone – which is why she completed her diploma in coaching with The Institute of Leadership and Management in 2008. Although she never coached clients, she uses the skills in her day job to manage and mentor people.

But fundamentally, Ms Jaman believes that if diversity is to improve, the individual must promote it. ‘You can have as many policies and frameworks as you like, but if you aren’t acting and thinking differently, nothing is going to change,’ she adds.

When asked what she’s most proud of in her career so far, she says: ‘Oh goodness. There’s so much.’

One moment she highlights is when MHFA became the leading mental health training provider in the UK and was named one of the UK’s fastest-growing, female-led small businesses on the Fortuna 50 in 2016. The announcement was made by the then prime minister David Cameron as part of International Women’s Day.

Despite having achieved a great deal so far, it seems Ms Jaman’s work is far from completed.