‘My biggest inspiration is my patients’ 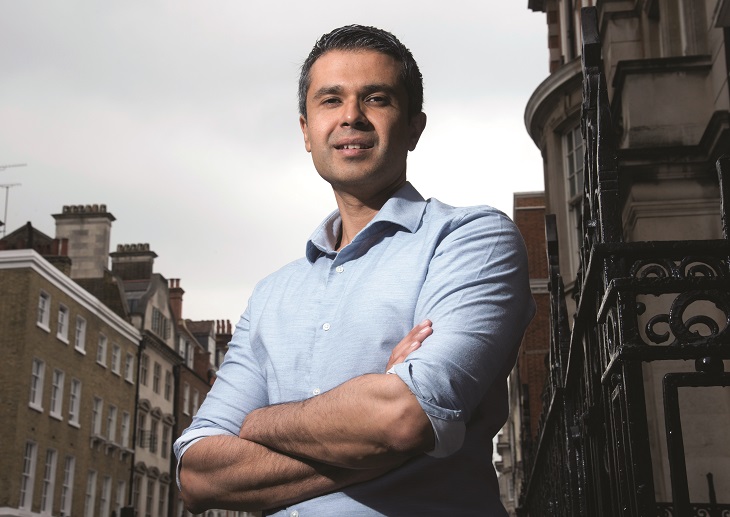 Dr Aseem Malhotra, consultant cardiologist, has been making headlines recently in the campaign against excess sugar consumption. His mission is to make the public aware of the danger that sugar holds and he wants to help reverse the diabetes and obesity epidemic. He is co-author of The Pioppi Diet: A 21‐Day Lifestyle Plan, published last year. Interview by deputy editor Angela Sharda

What inspired you to become a doctor?

There was probably more than one reason. I had some exposure to medicine because both my parents are GPs. Also, I was always interested in science and the human body and biology. When I was in secondary school, those subjects were interesting to me. I also liked all the other things that go with medicine – it’s a noble profession, we can help many, many people improve their health and their lives. And I had a brother with Down’s syndrome who died of heart failure within about a week of getting a viral infection. So there were a number of influencing factors.

How old were you when your brother passed away?

I was 11 and he was 13. It had a profound impact on me. As a person he was a very loving boy. I think in many ways that taught me about being compassionate. On the scientific side, his heart-related issue drew my attention to cardiology.

What is your mission?

I think I have a few of them. The first thing is the big public health crisis we face with obesity and type 2 diabetes. I want to get those epidemics reversed in the next few years.

I think we have the science and the positive solutions for that to happen, but they must be implemented. We need more transparency in the system with quality of research. Also, we need to remove commercial conflicts of interest. I think we need to have more open and honest discussions with patients about the actual marginal limited benefits of medications. We also need to incorporate lifestyle changes. And this is not just about the science; it’s also about being ethical.

If this was done, I have no doubt that within the space of a few years we would solve most of our healthcare crisis.

The other thing you’ve got to understand is the distribution of resources. We’ve got an industry that has developed around treating chronic disease with drugs for lowering blood pressure or cholesterol, or treating type 2 diabetes. But actually  the overwhelming majority of patients don’t benefit and the drugs come with side-effects. We need a shift away from medications. I’m not saying medications don’t have a role, but they should be given less of a priority. The main thing should be lifestyle. Medication should be a back-up if lifestyle changes are not enough. But again, patients should be aware of exactly how much benefit they’re getting from those pills.

What is the inspiration behind your book The Pioppi Diet?

I wanted to find the best evidence for the type of lifestyle changes that will give optimal health. I combined it with the example of Pioppi in Southern Italy ,which is one of the world’s healthiest villages. But actually, in some ways, it is a clue to the cause of the epidemics of obesity and type 2 diabetes – because of a misinterpretation of the dietary habits of the region.

The foods that have the worst impact on blood glucose are starch – which is bread, pasta, rice and potatoes. Obviously this is significant for people with type 2 diabetes. They exacerbate resistance if consumed in excess. They are also part of the traditional Italian diet.

Look at Pioppi, though, and average life expectancy is 90. A lot of people live over the age of 100 and they age well.

Here’s the misconception. In traditional Italian diets, the pasta, for example, was a very small amount. It was always a starter with a bit of olive oil, never a main course. And there was no snacking, no processed foods, no sugar.

In Pioppi , they had sugar or dessert only on Sundays. But here, a lot of people are eating the equivalent of dessert three times a day. Think of sugared cereal.

So sugar really is public enemy number one in the Western diet.

There are other aspects as well; it’s not sugar alone. But sugar is the most important dietary factor driving chronic disease. If you cut sugar out of the diet, you’re a long way towards better health.

Which different roles do you hold at the moment?

I am part of the Academy of Medical Royal Colleges Choosing Wisely steering group, which is a campaign to reduce too much use of medicines.

In 2015 I was appointed as the trustee to the King’s Fund. I do part-time consultant work in the NHS two days a week. I do a bit of ad hoc private work in Harley Street and I’m also doing academic writing. I have the passion and drive for all of it so I find time, but I do end up working a lot at weekends.

Even if I’m away, there’s always something I’m writing – maybe connected with the book or an article. But for me, this is a mission – to try to make millions of people’s lives healthier and happier. I was probably the most prominent person in this country pushing the idea that sugar is a major problem.

My own investigation, which I published in 2013, was that our public were basically advised to consume 22.5 teaspoons of sugar a day which I thought was extraordinary. So I was writing articles in The Observer and the Daily Mail and all those platforms help change public opinion. Not by waving a finger, but by highlighting – saying this is a problem, this is why we’ve got to this situation. This is how the industry behaves – they’re there to make money, but they bend the rules and they ultimately mislead people who want to make healthy choices.

The media are the most important influential platform to change opinion. And I had politicians who I’d not met personally who had heard what I’d been saying. Because of work I’ve done in obesity, I’ve been to Parliament many times and I’ve been invited to Downing Street twice. I raised awareness of my message because I think it is most important for my patients.

My biggest inspiration is my patients. Patients come through the door with their stories and I think wow, they’ve suffered so much and they didn’t need to. They can change their lifestyle, for instance. We can help them improve their physical and mental wellbeing very quickly.

What has been the highlight of your career so far?

That’s a difficult question to answer. I think it must be helping to push for the tax on sugary drinks.

How long do you think it will take to solve the NHS crisis?

I think that it’s one of the most important reasons I got involved in this campaign – because we need to save the NHS. I think it’s fundamental to be part of a culture that treats patients according to clinical need and not ability to pay.

I believe healthcare is a basic human right and the NHS has been a great system for promoting and pushing that. We’ve practised in that way. This also makes us better doctors because we think more about individual patients. About 80% of your diagnosis is a history, then using investigations to confirm it.

Can we solve the crisis? We can, we will and we must.

We’ve made it through 70 years. Do you think the NHS will survive another 70?

Absolutely, yes we must. We can solve the crisis within a space of two or three years. We know what to do. Now we need to implement it.

Two or three years, that’s quite ambitious. How will that work?

At the moment, this is in theory. Now we have to try and strive for it in practice.

It may take longer and being realistic it probably will, but we should set our target and resolve to do this in three years, then decide the things we need to do to achieve it.

We also need doctors to understand that a change in culture is needed – they’re not just treating an individual patient, they have a responsibility for their community as well. This means understanding the public health dimension and the social determinance of health and also things in the environment.

For instance, why do we allow junk food to be sold in our hospitals? How did the medical profession allow hospitals to become a branding opportunity for the junk food industry? Why are we selling sickness in the hospital grounds?

One of the reasons I’ve had an impact is that I’m a front-line doctor who is arguing about public health interventions. If we had more people doing that across the profession it would be even stronger and we’d be able to mobilise doctors to protest about these things and to protect patients and the public from the manipulations of industry.

There’s another elephant in the room.  A lot of the clinical research that we use is unreliable. John Ioannidis, professor of medicine and statistics at Stanford University, who I would call the Stephen Hawking of medicine, analysed 60,000 clinical interventions and concluded that only 7% fulfil the criteria of being both high quality and relevant to patients.

So there’s a big problem with the research and I think the system needs to change so that we improve the quality of research that determines what is prescribed to patients.

We can solve our NHS crisis. We can improve population health and we can do it within a few years – but we need to implement the science into policy.