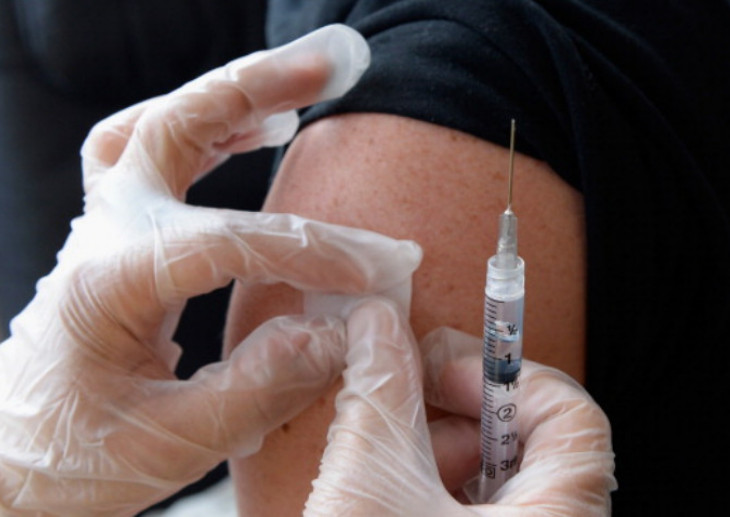 People who have received two doses of Covid vaccine, but still contract the virus, carry similar levels of Covid to people who are unvaccinated and have the virus, according to a new study.

This could mean the double-jabbed have a similar chance of passing on the virus as those who are unvaccinated.

Earlier studies into the effectiveness of the vaccines found that vaccinated people had a much lower chance of passing on the alpha variant as they carried a significantly lower viral load when infected compared with those who had not been vaccinated.

Scientists had thought that people who were double-jabbed would have a much lower viral load if they caught Covid.

However, the study, from the University of Oxford, Office of National Statistics (ONS) and the Government, has found that people who contract the now-dominant delta variant, continue to carry a high viral load.

This comes just days after the NHS Covid app was adjusted so that double-jabbed people were no longer legally required to self-isolate if pinged.

The non-peer reviewed research has suggested that people who are fully vaccinated and contract the delta variant will continue to carry high levels of the virus and are just as likely to pass it on as the unvaccinated.

Those who contract the delta variant after being vaccinated are also more likely to be symptomatic than those who catch the alpha variant.

Professor Sarah Walker, Professor of medical statistics and epidemiology at the University of Oxford and Chief investigator and academic lead for the Covid -19 Infection Survey, said: ‘We don’t yet know how much transmission can happen from people who get Covid-19 after being vaccinated – for example, they may have high levels of virus for shorter periods of time.’

She added: ‘But the fact that they can have high levels of virus suggests that people who aren’t yet vaccinated may not be as protected from the delta variant as we hoped. This means it is essential for as many people as possible to get vaccinated – both in the UK and worldwide.’

So far, nearly 90% of the adult population in the UK has received their first vaccine dose (47 million) and 77% of adults (41 million) have received both doses.

The research did show that two doses of AstraZeneca or Pfizer still worked at preventing initial infection by 67% and 82% respectively.

The study also found that a single dose of the Moderna vaccine had similar or greater effectiveness against the delta variant than a single doses of any of the other vaccines.

Dr Koen Pouwels, senior researcher in Oxford University’s Nuffield Department of Population Health, echoed the call for people to get their vaccine.

‘Whilst vaccinations reduce the chance of getting Covid-19, they do not eliminate it. More importantly, our data shows the potential for vaccinated individuals to still pass Covid-19 onto others, and the importance of testing and self-isolation to reduce transmission risk,’ he said.

The JCVI announced its interim booster programme advice on 30 June, which said the programme should be done in two stages from September, starting with those most at risk from the disease.

A third dose is expected to ‘maximise individual protection and safeguard the NHS ahead of winter’, according to Professor Wei Shen Lim, Covid-19 chair for JCVI.

However, JCVI member Professor Adam Finn, told BBC Radio 4’s Today programme today (19 August) that the JCVI would be ‘imminently deciding’ who will need a third dose of the vaccine, but they needed ‘more evidence’ before making a firm decision on a broader booster programme.

This article first appeared on our sister title, The Pharmacist.