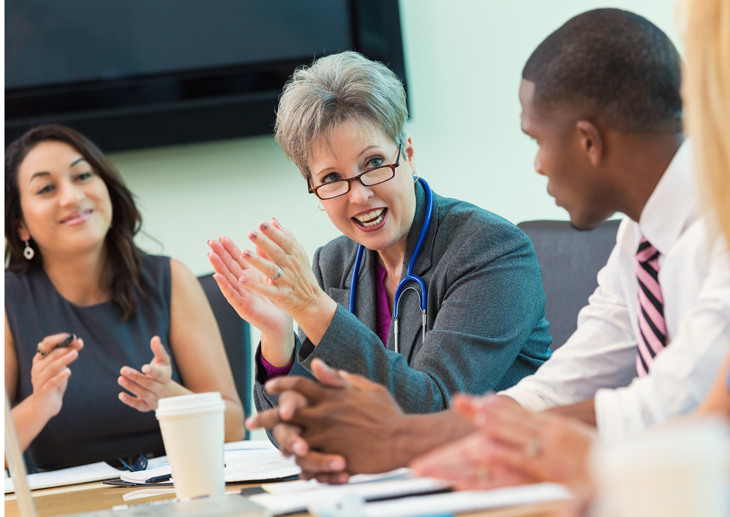 Seven national healthcare organisations have BME board representation that does not reflect the percentage of ethnic minority staff in their organisation, a new report has found.

The report, released last week by the NHS Equality and Diversity Council, found that with the exception of NHS Digital, all national bodies who shared their workforce race equality standard (WRES) data have a BME representation at board level that is significantly lower than across the organisation as a whole.

The report said: ‘The data for the eight organisations highlights that there is still work to be done to improve workforce race equality across the national healthcare bodies.’

The national bodies who shared their data are:

‘Although national healthcare organisations are not obliged to implement the WRES and report data against the nine WRES indicators, in the spirit of openness and transparency, six organisations did so last year.

‘I am pleased to note that a further two organisations submitted their WRES data for 2018.’

NHSBSA has no BME representative on its board, the report found, although three board members chose not to disclose their ethnicity.

According to the organisation, the absence of BME board members is in part due to the fact that three of their largest sites are in Newcastle and Fleetwood, which all have smaller BME populations than, for example, London – ‘where some of the arm’s length bodies (ALBs) have offices’.

The overall percentage of BME staff at NHSBSA is also relatively low, at 5.5%, the report found.

Head of wellbeing and inclusion Jane Miller told Healthcare Leader that NHSBSA is ‘doing positive work with staff and local communities to encourage people into the organisation’.

At NHS Blood and Transplant only one of 19 board members is from a BME background – while one member did not want to disclose their ethnicity.

This represents 5.3% of board members, significantly below the 13.6% of all employees who are BME.

NHS Blood and Transplant chief executive Betsy Bassis said the organisation is ‘committed to increasing the racial and ethnic diversity of our organisation and of our donor base’.

The overall percentage of BME staff across the CQC is 12.8%, but only 6.3% – one person – on the CQC board is from a BME background. The vast majority, 13 people, are white while two preferred not to declare their ethnicity.

The CQC’s WRES data is surprising, considering that trusts are expected to show improvement on the nine WRES indicators as part of their CQC assessments.

CQC’s chief executive Ian Trenholm said: ‘In 2018 we commissioned Roger Kline, a research fellow at Middlesex University specialising in tackling race inequality across health and social care, to report on concerns raised by our staff survey and workforce data about equal opportunities for career progression within CQC.

NHS England also has only only one person (6.3%) from a BME background on its board, while 14 out of a total of 16 are white.

PHE, meanwhile, has only one BME representative on its management committee – despite 18.6% of its staff having a BME background.

The percentage of BME staff at Health Education England is 14.4%, but the figure drops to just over half of that, 7.7%, at board level.

A HEE spokesperson said: ‘The WRES data shows where more work is needed on race, including at board level.

‘Boards perform better with people from a range of backgrounds and perspectives and while we do have considerable diversity at board level, we need to do better on race.’

Bucking that trend, NHS Digital is the only of the eight national organisations to have a higher BME representation at board level.

While 12.4% of staff at NHS Digital is from a BME background that figure rises to 16.7% of board members.

A spokesperson for the organisation said the WRES programme is part of their ‘approach to equality, diversity and inclusion as we ensure that employees from BAME backgrounds have equal access to career opportunities and receive fair treatment in the workplace’.

Ms Gabriel said she was pleased to see WRES recognised as part of the long-term plan, which allocated an extra £1m a year to the programme until 2025.

She said: ‘The national healthcare organisations must lead the way, modelling the same aspirations that we expect to see from the wider NHS.

‘I am delighted that there is now a collective commitment from the ALB chairs to model the ambition of leadership that maximising the contribution and improves the experience of their own increasingly diverse workforce.’