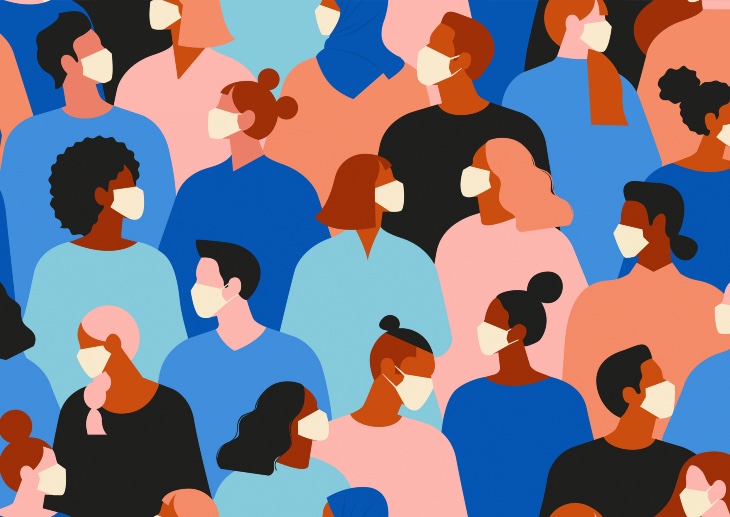 Healthcare Leader is speaking with decision makers and those on the ground dealing with the coronavirus pandemic to find out what’s happening nationally, and how best to solve problems.

A recent report by humanitarian group, Doctors of the World (DOTW), showed that many people, including those in the asylum or refugee system and undocumented migrants, are ‘being left behind in the UK’s Covid-19 response’.

Many have been experiencing difficulty in accessing public health messages, it found, because of digital exclusion and language barriers. Even when the message does reach them, they may lack the means to adequately protect themselves from the virus.

Asylum seekers, during the coronavirus pandemic, are finding ‘there are a lot of things stacked up against them – in particular the poverty,’ explains Dr Farrington, a GP with special interest in asylum seeker mental health.

They cannot legally work or claim benefits, and receive £5.65 per day in Government living support, which is 74% below the poverty line for a single adult.

People will have been forced to make that small income stretch even further during the pandemic.

‘When you look at the cost of hand sanitiser and cleaning products – things that we’re all trying to use more of – people may be choosing between those and food,’ she says.

‘A day bus pass in Greater Manchester costs a whole day’s money. So you travel or you eat.’

Some may not have a HC2 certificate, which entitles them to free prescriptions, either because they are not aware of it or it is expired, and they do not know how to reapply. In that case, ‘their prescription cost massively exceeds their day’s money’.

‘The plain fact they aren’t given enough money to live on makes life incredibly difficult, regardless of the pandemic, but it’s certainly heightened by it.’

The Government increased the asylum support allowance by 26 pence earlier this month, in response to the pandemic – a sum campaign groups have labelled ‘miserly’ and ‘deeply insulting’. They urged the Government to up the amount by £20 per week for a year ‘to strengthen the safety net’.

The DOTW report highlighted that many excluded groups are experiencing difficulty in accessing public health messages because of language barriers and digital exclusion.

To help tackle this, DOTW and the British Red Cross have been producing up-to-date NHS Covid-19 guidance in 60 languages.

‘If patients have an email address and data, we can email them a leaflet in their own language. But a lot of people don’t have Wifi in their asylum accommodation and really struggle to pay for data. Before lockdown they were very much reliant on libraries and other public spaces to get free Wifi,’ says Dr Farrington.

It’s also unusual for asylum seekers to own tablets or laptops, so even if they can access the information, it’s often on small phone screens. Also, not everyone will be literate in any language.

The NHS 111 telephone line lets callers request a translated service if they say the name of their preferred language out loud, but they would need prior knowledge of that, she adds.

Non-English speakers can also experience problems in accessing GP services. ‘Patients often don’t know they are entitled to an interpreter or could be afraid that they’d be charged for it,’ explains Dr Farrington.

The standard of interpreting services can often vary, with some interpreters less qualified and experienced than others, which may be a problem where there is a ‘complex medical consultation that involves taking a trauma history or a safeguarding issue’.

‘If I’m trying to talk to a patient who has been tortured, I need a really good interpreter in the room, who gets it, who understands that I’m choosing my words very carefully. Talking about it can be retraumatising and really unpleasant for the patient. It’s very different to ringing someone and telling them their blood test results are normal.’

The shift to remote consultations during the pandemic has added to the challenges highlighted above, the DOTW report highlighted.

Though there is a place for it, telephone interpreting can make it difficult when trying to build a rapport with a patient, Dr Farrington says, particularly because it doesn’t allow for non-verbal cues, which are really important.

‘Also, it’s quite reductionist. My consultations have often become very practical and about key needs – basics such as whether a patient is sick, has access to food and can get medication, rather than going into the ins and outs of the emotional impact. It’s ok for now, but not very sustainable in the long-term.’

‘One of my big fears is that we’ll carry on doing mostly remote consulting in general practice, as it just excludes a raft of people. It excludes many asylum seekers and those with limited English proficiency, anyone who has cognitive problems, the elderly, people with dementia and those with learning difficulties or who can’t afford the tech.

This could potentially lead to a two-tier system, she suggests, between those who can access care very quickly and easily, and those who are completely left behind. ‘We should consider how we make sure that doesn’t happen,’ she says.

Covid-19 has also made it more difficult for some to register at a GP practice – which was already an issue even before the pandemic.

There is a lack of understanding around the registration process and rights, despite NHS England creating a guide for asylum seekers and refugees.

‘People are entitled to free GP care, regardless of their immigration status. Legally, they don’t have to disclose this to their GP or provide an address, even though those things are on the registration form and a lot of practices will ask for them. But again, a lot of people don’t know that.

‘It’s a good idea for patient safety to have some ID if patients are willing to provide it, but it doesn’t have to be a passport or utility bill, which they can’t produce. A Home Office registration card or another official letter from a formal source should be sufficient.’

Distrust of the system

Some people have avoided seeking treatment during Covid due to a ‘fear and distrust’ of the NHS and Government, according to the report. This may be the result of a history of legislation in England that has put them at greater risk of criminalisation, it is suggested.

In 2018, GPs and healthcare unions publicly opposed a data-sharing agreement between NHS Digital and the Home Office, which saw patient data within GP practices used to track down undocumented asylum seekers. The two bodies decided to ‘withdraw’ the agreement but pledged to work together to find a new information-sharing approach.

This has caused ‘damage’ in that some asylum seekers are now ‘really scared to disclose things like their address and immigration status in case it’s shared,’ says Dr Farrington.

The asylum process is complex, and many people have to wait years for a final decision on their case. ‘Often people don’t know where they are up to in their claim themselves’. This means they may avoid getting care for fear of drawing attention to themselves, despite having a right to be in the country and access care whilst their claim is decided, she adds.

The DOTW report made 12 recommendations – addressed to central and local Government and various statutory bodies – to address the failings highlighted above. This recognises that the multifactorial issues affecting asylum seekers need to be tackled from different angles.

‘We talk about their pre-exile trauma, their awful journeys and things that have happened in their home countries, whether it’s war or political dissent – reasons for leaving. We also talk about their post-exile trauma – what happens when they get to the UK. They think they are going to be safe, and then experience poverty, hate crime and long asylum claims.’

The approach should be ‘care according to need’, says Dr Farrington, as some patients, including those who have been traumatised, will need support that goes beyond the traditional GP response, for their condition to improve.

‘The example I always use when teaching students is, if I have a patient with diabetes arrive in January wearing flip flops, it’s actually getting him shoes that is going to help him more than trying, immediately, to get his HbA1c blood test to target.’

This is where the voluntary sector can also play a role. Dr Farrington has, over the years, referred many patients to Rainbow Haven – a community organisation that provides specialist support to asylum seekers and refugees. It helps people, over time, learn to seek information, fill in forms, use online resources and access legal representation. It also supports them to develop their confidence and social skills.

Solutions to these problems need to be long-term, and not merely a hollow response to the added strains of the Covid-19 pandemic.

‘As much as Covid has changed my life dramatically, and your life dramatically, it probably hasn’t massively changed the lives of some of the asylum seekers. They were already living a very challenging and constrained life. It has obviously added more risk, fear, costs and health difficulties, but in some ways, they are already used to living in a very restricted way and we should urgently think about how to improve that.’ 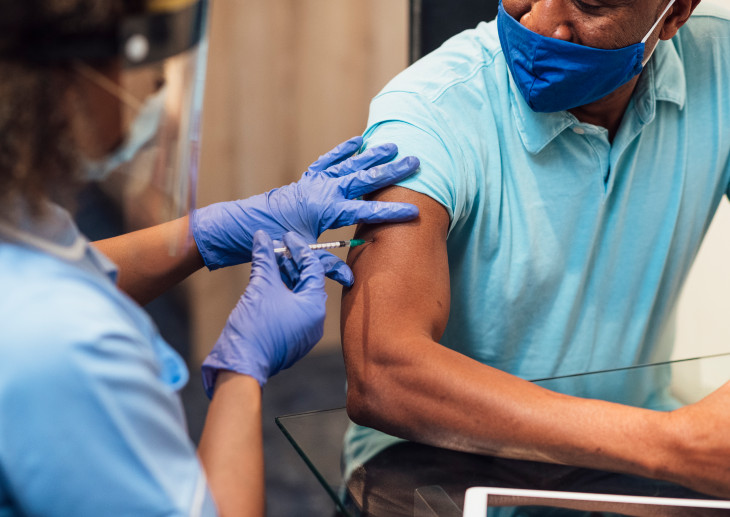 Over-50s to get autumn Covid boosters and free flu jabs

Covid booster vaccines will be extended to people aged 50 and over, following a final...