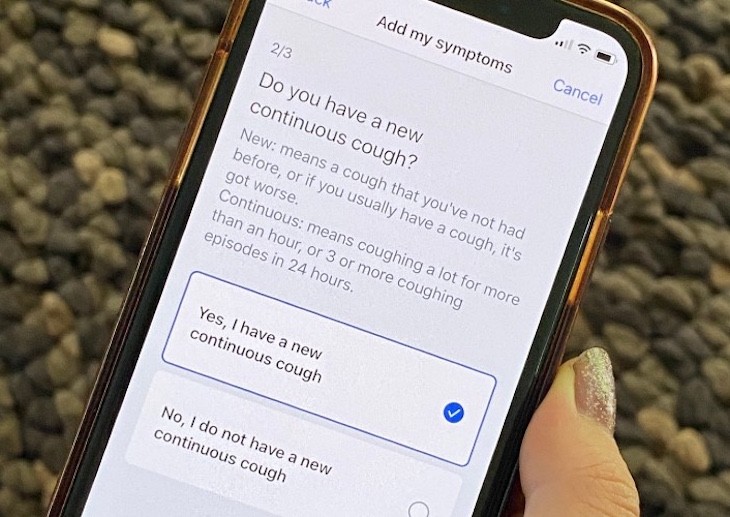 The Government has halted the planned rollout of its new coronavirus test and trace app, after realising that it is ‘not yet’ a ‘viable solution’.

It had previously planned to launch the app this month, as part of the new test and trace strategy for containing the spread of the virus.

However, in a statement this afternoon, the Government admitted that its pilot of the app – undertaken last month on the Isle of Wight – had identified issues which it said ‘cannot be resolved’ with the app ‘in its current form’.

The pilot unveiled ‘a number of technical challenges’, the Government said, including ‘the reliability of detecting contacts on specific operating systems’.

The Government has now asked for help from Apple and Google, who have agreed to make their application programming interface (API) available based on ‘a number’ of not further specified ‘conditions’.

‘Based on this, the focus of work will shift from the current app design and to work instead with Google and Apple to understand how using their solution can meet the specific needs of the public,’ the announcement said.

Defending the delay, health and social care secretary Matt Hancock said: ‘Our approach to the virus, whether that’s on vaccines, testing, treatments or cures, has been that we are willing to back innovative solutions and to be ambitious.

‘We knew from the start that we would need to test and learn as we developed this new technology. The NHS Covid-19 app has undergone some of the most rigorous testing in the world – utilising a real world trial on the Isle of Wight pilot and in a series of field tests – and I want to thank all of those involved.’

He added: ‘As we enter this next phase of research and development we remain determined to continue in our ambition to develop an app which meets the technical, security and user needs of the public and which can complement the NHS Test and Trace service.

‘Countries across the globe have faced challenges in developing an app which gets all of these elements right, but through ongoing international collaboration we hope to learn, improve and find a solution which will strengthen our global response to this virus.’

The news comes as data published on the second week of the test and trace programme showed that the Government is still struggling to reach a large proportion of people who tested positive for Covid-19.

In the second week, 4-10 June, around 27% of people who tested positive could not be reached.

It also comes as a Pulse survey of over 600 GPs showed that just 6% of GPs believe the test and trace programme will succeed and enable the Government to further ease coronavirus restrictions.