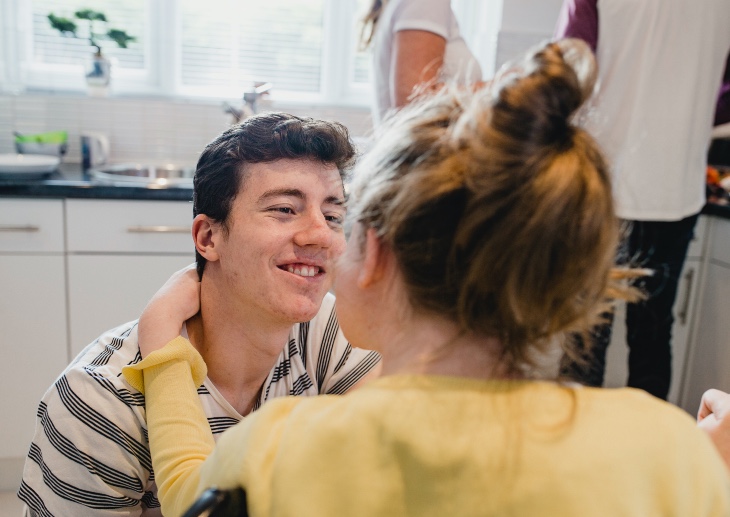 People with learning disabilities in England were up to six times more likely to die from Covid-19 during the first wave of the pandemic, research has found.

The Public Health England (PHE) report discovered 451 per 100,000 people with a learning disability died with Covid-19 between 21 March and 5 June, a death rate 4.1 times higher than the general population.

But researchers estimated that the real rate may have been as high as 692 per 100,000 (6.3 times higher), as not all deaths in people with learning difficulties were registered in their data.

They also found that the death rate for people aged 18 to 34 with learning disabilities was 30 times higher than the same age group without disabilities.

Dan Scorer, head of policy at learning disability charity Mencap, said the Government had ‘failed to protect some of our vulnerable citizens’.

He continued: ‘Decades of under investment in social care has left most people with a learning disability with no support to understand ever-changing guidance on staying safe and accessing testing.

‘This – combined with the closure of the NHS for all but the most urgent care – has clearly had a devastating impact on people with a learning disability, and exacerbated already shocking levels of premature death and health inequalities,’ he added.

Care minister Helen Whatley has said she asked the Scientific Advisory Group for Emergencies (Sage) to review the findings of the PHE report.

The disparity is likely to reflect the higher numbers of physical health problems, such as obesity and diabetes, in people with learning disabilities, the report said.

Learning disabilities such as Down’s syndrome can also make people more vulnerable to respiratory infections, which can increase their risk of dying from Covid-19.

PHE director of health improvement Professor John Newton said: ‘It is deeply troubling that one of the most vulnerable groups in our society suffered so much during the first wave of the pandemic’.

He also warned that people in contact with someone with a learning disability must ‘practice rigorous infection control’ including washing your hands, keeping a distance and wearing a mask.

But he added: ‘There are now regular tests in care homes to make sure cases of coronavirus can be quickly identified and isolated, even if people do not recognise the symptoms themselves.’

The news comes as NHS England has told GP practices that additional funding to keep services running during the Covid vaccination campaign will be paid on the condition that they make ‘significant progress on learning disability health checks’.

A version of this story first appeared on our sister title Nursing in Practice.