Covid-19: NHS staff forced to create PPE from office supplies due to shortages 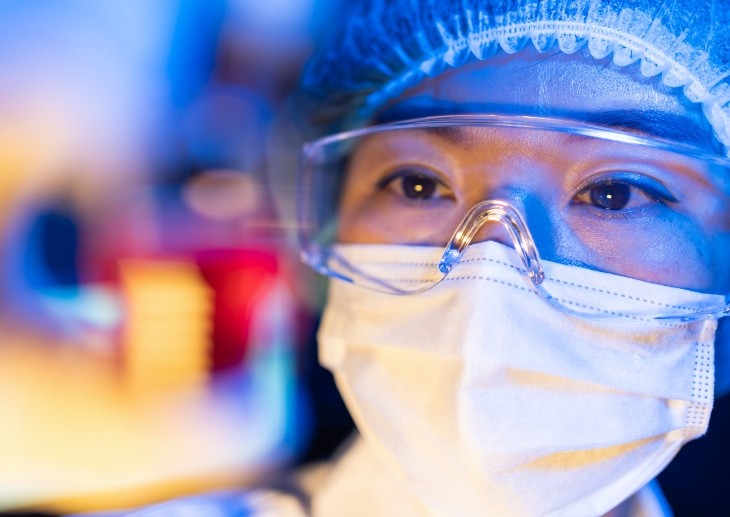 NHS workers have been forced to craft protective visors out of plastic projector sheets, mix their own hand sanitiser using rubbing alcohol and borrow equipment from schools, due to being short of PPE.

The Government has come under a storm of criticism in recent weeks for not providing sufficient or ‘adequate’ PPE to NHS workers, leaving them at higher risk of infection.

NHS England, last week, said that it had sent a PPE delivery to every GP practice in the country, but some reports contradict this.

Due to the lack of equipment, primary care workers have been forced to request donations of protective equipment from the public or even create their own from items lying around.

Brilliant idea of my partner Marco . Clearing out his room , he found some old overhead projector transparencies . Hole punch to edges at one end and thread through mask strings Bingo , home made visor pic.twitter.com/gvQOHjqhzC

Doctors’ Association UK president Samantha Batt-Rawden said: ‘It is unacceptable that ongoing shortages in PPE have led to this desperate situation.

‘We have heard from numerous frontline NHS doctors who have been forced to improvise as they simply don’t have access to appropriate kit.

‘In the wake of the tragic death of three frontline NHS doctors, it is now vital the government act to protect the frontline.’

This week, the BMA said the Government should learn lessons from the deaths of 50 Italian doctors and do more to ensure there is a sufficient supply of quality PPE.

Some GP practices have received lab supplies, such as goggles, from schools and 3D printed equipment from their local communities.

More than 100 businesses across Devon donated spare PPE equipment after NHS Devon CCG made a public appeal for items such as gloves, splash suits and facial protection.

How is your practice managing during the coronavirus outbreak? Send an email to [email protected]