Coronavirus: GPs flock to video apps, but how useful are they really? 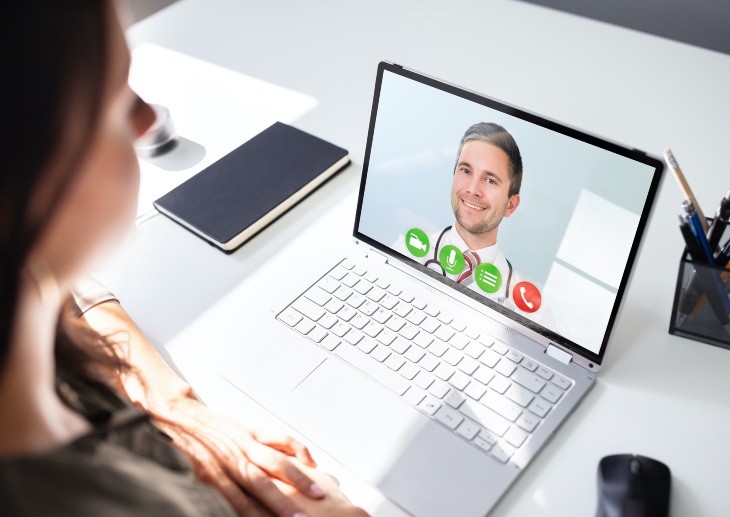 GP practices have been rushing to step up their use of video calling to enable them to conduct remote appointments in response to the coronavirus outbreak.

Companies providing video consultation systems have reported a huge surge in their number of GP clients in recent days.

Roughly 1,300 NHS general practices signed up to health tech company, AccuRx, within a day of it launching its video calling function earlier this month.

EMIS has since made its new video calling service available to 4,000 GP practices, rolling it out last Friday (March 13).

This comes as health secretary Matt Hancock last week called for primary care staff to carry out consultations remotely where possible, as part of a ‘digital first’ approach.

Providing video consultations will become a contractual requirement for GP surgeries from April 2021.

Dr Samar Mahmood, GP at Hoyland Medical Practice, Barnsley, said his practice is keen to implement video consultations within the next two weeks to ‘keep as many people away from the surgery as possible’, as the UK governments step up their response to the virus.

‘Nothing beats seeing somebody face to face, but for most problems, video consultation is good enough. It’s only when someone needs a physical examination that it’s clearly limited,’ he said.

Seeing a patient, particularly a child, can help the GP understand a lot more than they’d glean from just a standard telephone call, he added.

‘You video call the parent and you might see the child playing, which is a helpful observation to make. There’s a difference between that child, and a child who’s lying in bed looking miserable. That’s a sign that maybe they are quite ill then.’

Dr Mahmood continued: ‘Coronavirus has been the driver for modernising but I think it’s here to stay.’

It’s not perfect for every patient or situation, but it can be very useful for people who can’t take the morning off work but can take 10 minutes out at lunch for a videocall, he added.

Dr Amir Hannan, GP at Haughton Thornley Medical Centres, Manchester, said video conferencing has been available at his practice for a while but he doesn’t find it useful.

‘The majority of the time, people don’t need video conferencing; a quick chat is more than sufficient. A decent medical history – which is what [the app] Engage Consult provides us with – is worth its weight in gold,’ Dr Hannan said.

A patient would be able to communicate symptoms like a persistent cough or a high temperature – the key Covid-19 symptoms – over the phone, he added. Also, if a patient’s respiratory rate is over 30, ‘they’re not going to be able to speak, so again you don’t need a video consultation to tell you that’.

He continued: ‘However, if you have someone breathing 20-25 breaths a minute and they’re beginning to deteriorate, they might not be poorly enough to tell with just a call.

‘It’s in those grey areas, when you might not be sure if it’s serious or not, where being able to eyeball the patient might be useful.’

Dr Hannan did a video consultation last Friday to get a visual on a baby whose mother was worried was very ill. ‘I could see the baby smiling, cuddly, happy and breathing OK. After 30 seconds, I was able to switch the video off and go back to the telephone talking to mum. That was incredibly helpful.’

Tech in the NHS is ‘catastrophically terrible’

Dr Robert Coull, GP at Strachur Medical Practice, Argyll, Scotland said his practice is ‘very keen’ to move to video consultations but, as is the case with many other practices, his does not have the IT resources needed.

Last year, Dr Coull’s practice received a free iPad and laptop, paid for by the Scottish Government, as part of a scheme to improve technology access in healthcare.

However, he has been unable to use them for video consultations as he expected, because the devices have been set up to prevent people from installing any apps or programmes that would enable that function.

The local health board told him this was for security reasons. ‘So, we’ve got iPads and laptops lying around that we can’t use,’ he said.

Dr Coull, who was self-isolating and working from home last week, said he had to fax paperwork back and forth with his colleagues as there was no remote access to the IT system. The practice is due to get it running soon.

This is indicative of a much wider problem within the NHS, he added. ‘There are very few IT staff in the NHS and not enough resources. We use very old equipment. Many of us were on Windows XP until last year. The NHS IT is catastrophically terrible.’

Video consultations can be useful for people with high anxiety, as a video consultation can be more assuring than a phone call, Oxford University Professor of primary care Trisha Greenhalgh said in a paper for the BMJ.

However, Dr Greenhalgh has pointed to several drawbacks. For instance, some healthcare organisations may have insufficient bandwidth to carry out video calls.

Also, implementing the service would require making organisational changes, which can be difficult and resource intensive.

Video consultation would not be appropriate for severely ill patients who need a physical examination, she added.