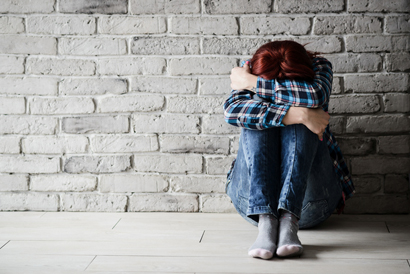 The Government responded to a joint report from the Education and Health and Social Care Committees on child and adolescent mental health saying that its new proposals are ‘genuinely transformational’.

But the Government, which welcomed the committees’ inquiry in a response published on 25 July, dismissed the negative remarks as it wrote that the ‘Green Paper is only part of the action we are taking on multiple fronts to support children and young people’s mental health’.

The Government reiterated Prime Minister Theresa May’s commitment to make mental health one of the top priorities in the 10-year plan for the NHS.

In a response to the Consultation on Transforming Children and Young People’s Mental Health Provision: a Green Paper and Next Steps, also published on 25 July, the Government set out its proposals to improve the mental health of children and young people.

Their three main proposals are:

Testing the four-week waiting time target will allow the Government ‘to establish a clear understanding of the costs, benefits, challenges and indicators of success of introducing a four week wait’.

It will also shed light on the best approach to use to implement the target ‘across 20-25% of the country by end of 2022/23, as stated in the Green Paper’, the Government wrote in its response to the consultation.

Local Government Association’s Community Wellbeing Board chairman Cllr Izzi Seccombe said her organisation remains concerned that the Green Paper did not broaden its scope to challenge the difficulties children and young people encounter when they try to get the care they need.

She continued: ‘With only an estimated fifth to a quarter of the country’s children benefitting from the Government’s proposed scheme by 2022/23, this risks leaving many young people without vital support.

‘Children and their families need help and support right now – depression, anxiety, bereavement, and family crises do not wait.’

He added: ‘We must ensure that the funding commitment is one that is long term and sustainable to ensure any new services can be embedded and that this is not just a short term injection of cash, particularly where we have the evidence to show they can be effective.’

‘We need to be clear not just on the funding, but also the workforce that will be available to be a part of the mental health support teams.’

The Government made £300m available to fund the three main proposals when it launched the consultation on 4 December 2017.

It added that, following the public consultation, ‘these commitments still stand’.

Plans should not ‘reinforce inequalities’

Commenting on the Government’s response to the consultation, NHS Providers head of policy Amber Jabbal said: ‘While the phased approach means children and young people in some ‘trailblazer’ areas could benefit quickly, many others in places that are already under-served could miss out.

‘It is vital these plans don’t reinforce inequalities in quality and access to specialist mental health services which are already a serious concern.’