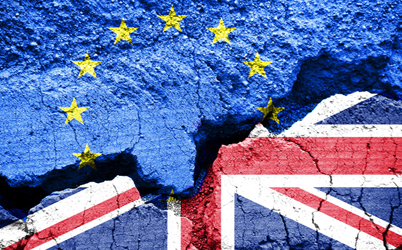 The Committee said: ‘With little more than a year to go, the Government is still failing to set out crucial details on the registration of current residents.

‘The delays to the Immigration white paper and lack of clarity over the Government’s intentions on immigration are creating anxiety for EU citizens in the UK, uncertainty for UK businesses, preventing proper planning and putting already overstretched immigration officials in an ‘impossible position’.

‘Urgent clarity is needed over the Government’s immigration objectives for the transition period so that Parliament can debate and scrutinise the proposals before they are finalised.’

Home Secretary Amber Rudd said in October 2017 that the immigration white paper, originally scheduled to be published last summer, ‘would be published by the end of 2017’.

Responding to a question in the House of Commons in February 2018, Minister for Immigration Caroline Nokes said: ‘It is really important to us that we get our immigration policy right, which is why we have not yet brought forward the White Paper and the Bill, but we intend to.

‘We will publish a White Paper in the coming months, when the time is right, and of course we will consider how we can update the House as negotiations progress.’

Data published by the House of Commons shows that 62,000 NHS staff in England are EU nationals, which represents 5.6% of all staff, with the highest concentration of EU staffs working in London.

Since the Brexit referendum, nearly 10,000 EU workers have left the NHS, according to the official figures.

Responding to the report, British Medical Association (BMA) treasurer Dr Andrew Dearden said that ‘many EU doctors have dedicated years of service to the NHS and medical research in the UK, and without them the health service won't be able to cope’.

He continued: ‘It is vital that any future immigration system is flexible enough to ensure the NHS can recruit and retain doctors and other NHS workers in sufficient numbers but equally and fundamentally that the Home Office has the capacity to deliver it’.

‘Our NHS and patient care are all the richer for having a diverse workforce – it’s crucial we don’t lose valuable experience and expertise because of Brexit.’