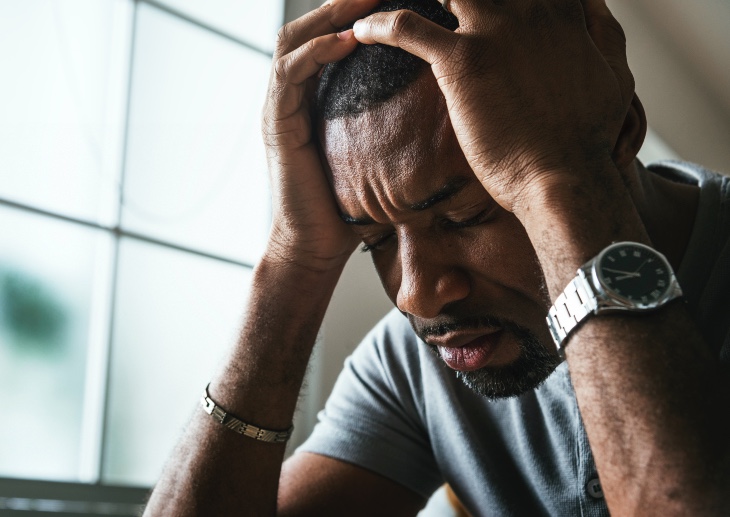 Black people were more than four times as likely to be detained under the Mental Health Act (MHA) in 2019-20 compared to their white counterparts, official data reveals.

Black patients were also 10 times more likely to receive Community Treatment Orders (CTOs) – which require patients to attend community treatment after release – with 61.3 uses per 100,000 people, compared to 6 uses per 100,000 in the white population.

The annual report, for the first time, looked at poverty levels, finding that people from the most deprived areas were almost 3.5 times more likely to be detained compared to those from the least deprived parts – 147.9 per 100,000 and 42.8 per 100,000, respectively.

The figures cover those who were detained in secure psychiatric hospitals, other NHS trusts and independent providers up to March 2020.

Overall, there were 50,893 new detentions under the MHA in 2019-20 – a slight increase from the previous year – when there were 49,988. However, according to NHS Digital, not all providers submitted data or did so using the correct system that the information is gathered from.

The figures show there was a decrease in people subject to detention in March, when lockdown measures were introduced, but according to NHS Digital, ‘it is likely the impact of Covid-19 will be more evident in the 2020-21 publication’.

‘Time to reform this outdated and discriminatory legislation’

Geoff Heyes, head of health policy at, mental health charity, Mind, told Healthcare Leader: ‘Today’s statistics are yet another wake-up call about the urgent need to reform the Mental Health Act. Too many worrying trends are continuing year-on-year, including more and more people being detained against their will under the Act.

‘It is simply unacceptable that black people remain four times more likely to be sectioned for treatment than white people. We know that black people are also more likely to be restrained in hospital, placed in seclusion and given a ‘Community Treatment Order’ once they have been discharged, which requires you to regularly check in with a health professional but has no impact in decreasing the likelihood of someone having to be re-admitted to hospital.’

He added: ‘People tell us being sectioned under the Act is often terrifying and traumatic. When you are at your most vulnerable, your freedom is taken away and you lose control over your life. Rather than being treated with care and compassion, people, especially black people, who are seriously unwell are often stereotyped as dangerous, forcibly medicated and locked up.

‘Two years after an independent review of this legislation which recommended changes to tackle racial discrimination, and prioritise people’s dignity and choice, we are still waiting for a proper Government response.’

Mr Heyes said Mind is urgently calling for the Government to reform this ‘outdated and discriminatory legislation and to protect people’s rights, dignity and wellbeing’, as part of its five key tests for responding to the current mental health emergency.