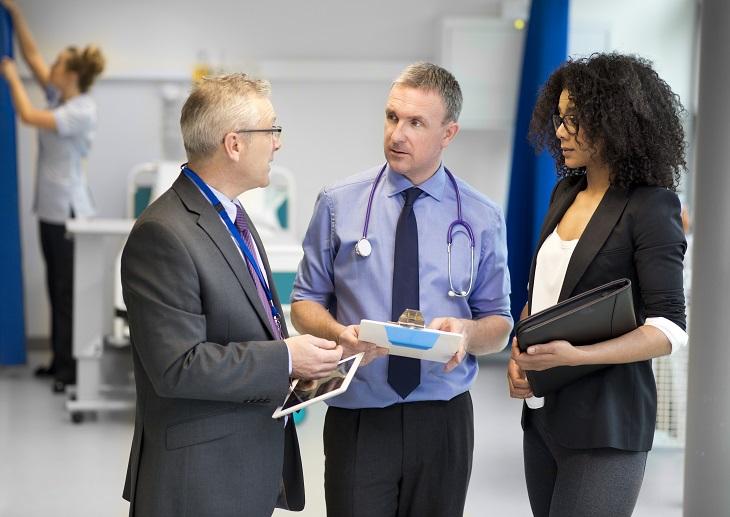 Around 37% of trusts have at least one empty executive director position, a joint report has found.

Leadership in today’s NHS – Delivering the impossible, released by the King’s Fund and NHS Providers, analysed survey data from 145 trusts, qualitative interviews and a roundtable event with frontline leaders and national stakeholders.

The trusts that responded and shared their data included acute, mental health and learning disability, community, ambulance and care trusts.

Among the findings, the survey revealed that 8% of executive director posts are vacant and around 54% of directors took the role in the past three years.

The report concluded that ‘high vacancies and turnover disproportionally affect the organisations with the most significant performance challenges’.

These trusts reported 14% of posts vacant, while 72% of their executives had been appointed in 2017. But these figures plummet to 3% and 20% respectively in trusts rated ‘outstanding’ by the CQC.

The King’s Fund director of leadership and organisational development Suzie Bailey said: ‘Leaders in today’s NHS operate in a climate of extreme pressure: staffing vacancies are rife, there are widespread challenges in meeting financial and performance targets and demands on services continue to increase.’

The risk of being penalised for poor performance and failure was identified one of the causes behind high levels of senior vacancies, the report concluded.

It asserted that responsibility for leadership should instead ‘be spread across the system’.

An anonymous NHS trust chief executive said: ‘The level of exposure is higher than it’s ever been and the knee-jerk response from ‘the centre’ is one of ‘decapitation’ as the first option… You’re just a quarter away from financial failure and performance failure before you get sacked.’

The report confirmed that leadership in NHS trusts is ‘not diverse and does not reflect the wider NHS workforce or local communities’.

It found that only 7% of very senior managers in the NHS are from a Black, Asian and Minority Ethnic (BAME) background.

Commenting on the report, NHS Providers deputy chief executive Saffron Cordery said: ‘One of the solutions to our leadership challenge is to bring through a new generation of leaders that is more diverse and reflective of the communities the NHS serves. While there has been some progress in recent years, there is still a huge amount to do on this front.

‘The data we now publish on leadership diversity within trusts is having a positive impact, but these are small steps and we need to create an environment in which NHS organisations are able to take on less experienced candidates with confidence. Nurturing talent and embracing diversity must go hand in hand.’

Commissioners and providers are required to implement the Workforce Race Equality Standard (WRES) to ensure employees from BAME backgrounds have the same career opportunities as others.

Leaders should then act in response to the WRES data they collect within their organisation. For instance, after reviewing her organisation’s WRES data, chief executive of Birmingham Women’s and Children’s NHS Foundation Trust Sarah-Jane Marsh, decided not to sit on any interview panel that does not include a BAME member.

Speaking at a King’s Fund panel on 18 July, discussing the findings in the report, Milton Keynes University Hospital NHS Foundation Trust chief executive Joe Harrison said he is not sure that enough emphasis is given to spotting talent in the NHS.

He added: ‘We need to think how to encourage our entire organisation to interact in a way that we can best represent our population. I don’t yet know of an organisation that, from an acute hospital prospective, is appropriately represented.

‘How are we actively going out into our community? It is one of my roles as a chief executive to go out and talk at local schools and universities to encourage people to come into the NHS to pick up talent and work with those individuals to actively promote them into the next leadership. We as an NHS have a responsibility to do that.’