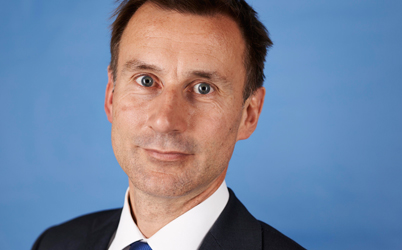 He wrote: ‘I expect that NHS England will confirm early this week that they intend to consult on the prototype ACO contract before the contract is used by any Clinical Commissioning Group (CCG).

‘We anticipate that this consultation will coincide helpfully with the timings of the Committee’s inquiry.’

NHS England’s national public consultation on the draft ACO contract is meant to ‘explain what ACOs are and aren’t and will cover both the terms of the contract and why it’s being proposed’, said Mr Hunt.

He continued: ‘The consultation will also set out how the contract fits within the NHS as a whole, address how the existing statutory duties of NHS commissioners and providers will be performed under it – including how this will work with existing governance arrangements –and will set out how public accountability and patient choice will be preserved.

In December, NHS campaigners and the Labour party criticised the Government’s plans around ACOs, arguing that there was ‘a lack of clarity’ over the new contract and that it could give private companies ‘full responsibility for the NHS’.

But under the Public Contracts Regulations (PCR 2015), CCGs must ‘treat potential providers equally and in a non-discriminatory way’ when commissioning services.

The regulations over ACO contracts will be laid in February.If NHS England’s plans go ahead, ACO contracts could come into effect across a small number of sites this year.

The two letters can be found here.